It’s official! After what feels like forever, summer is here and with it, the opening of the Malin Pool. Do not be surprised however, if upon attending, you notice some much needed renovations; which are some of the first renovations of the pool since it’s opening in 1948.

Thanks to a $350,000 grant from the Oregon Park and Recreation Department, which covered about half of the total cost of the project, the pool was able to open in time for the summer season.

“Malin pool is the epitome of the summertime nostalgia” Kendra Schroeder, Malin Pool Manager, shared as she expressed the feeling she gets going into her eighth season. What once was a 35 yard pool now houses a nice wading pool for young swimmers as well as a 25 yard standard lap pool.

In order to accomplish the project, it required an entire removal of the old recirculating piping. Creating the wading pool required usage of the old pool deck space, while the previous filtration system was also replaced with all new equipment. The entire project was wrapped up with a new concrete surface surrounding the pool.

An open pool is the goal, however due to COVID-19, there will be some restrictions that have come with it. Malin Pool has made sure that their staff will adhere to Oregon Health Authority guidelines including: all employees wearing masks while on shift, a maximum capacity of 50 swimmers, and COVID tracing. Swimming lessons have also been cancelled; however, there has been an increase in swim camps throughout the summer to teach water safety to kids.

Expect to get your water wings wet daily from 1-5pm and again during the evening swim from 6:30-8pm each night except Sunday. You can also sign up for adult lap swim or even host a private party .

Jaselyn Story, a returning lifeguard, shared that her and her fellow lifeguards came back again this year because she enjoys watching the kids grow up over the years and loves to see who they are becoming. She asks that those who do make their way to the pool this year, come in with a good mindset and always respect the lifeguards.

Though many things have changed in our world and community, the staff of Malin pool stands by their promise to provide fun and safe entertainment for your family throughout the summer. 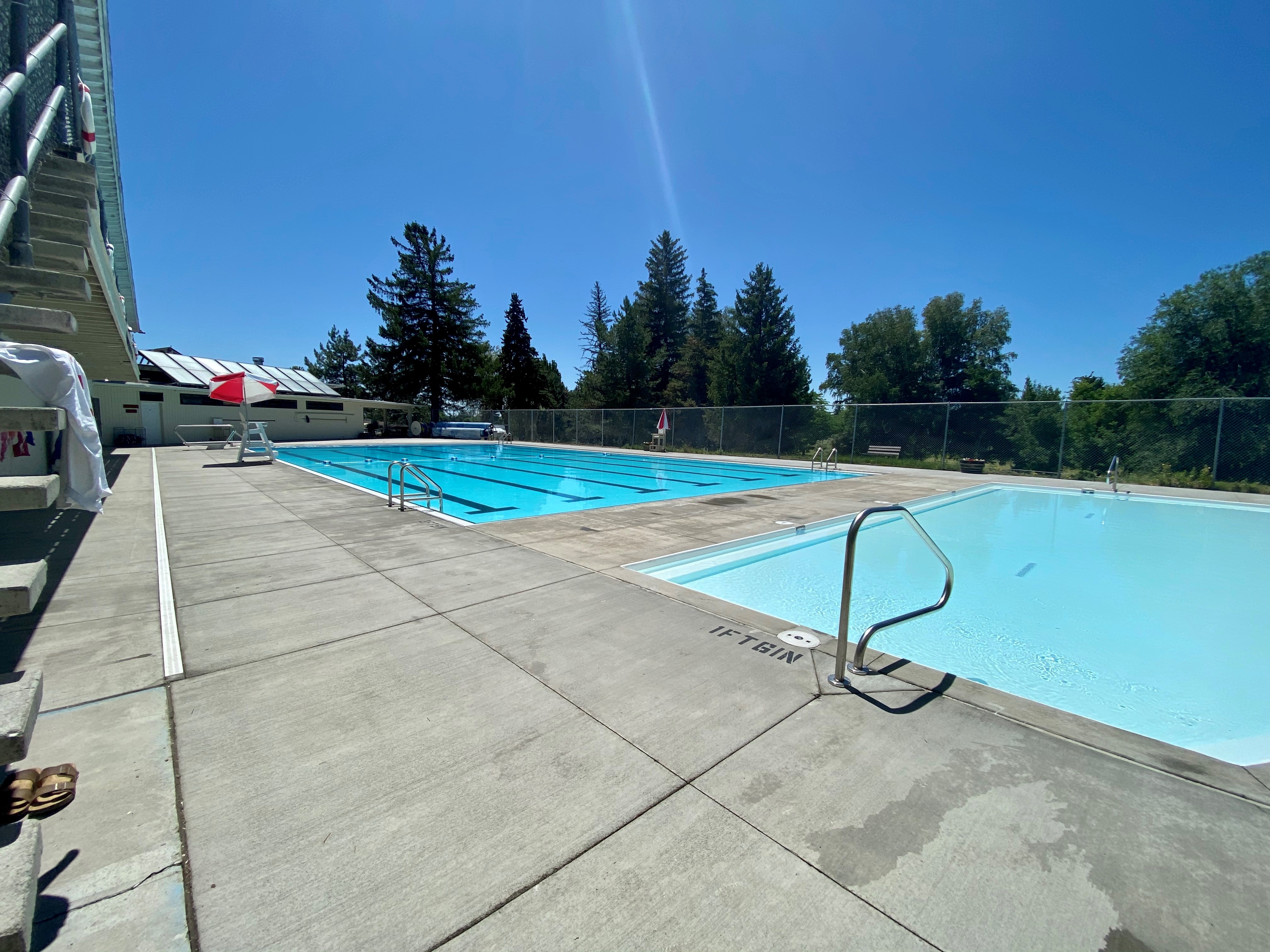 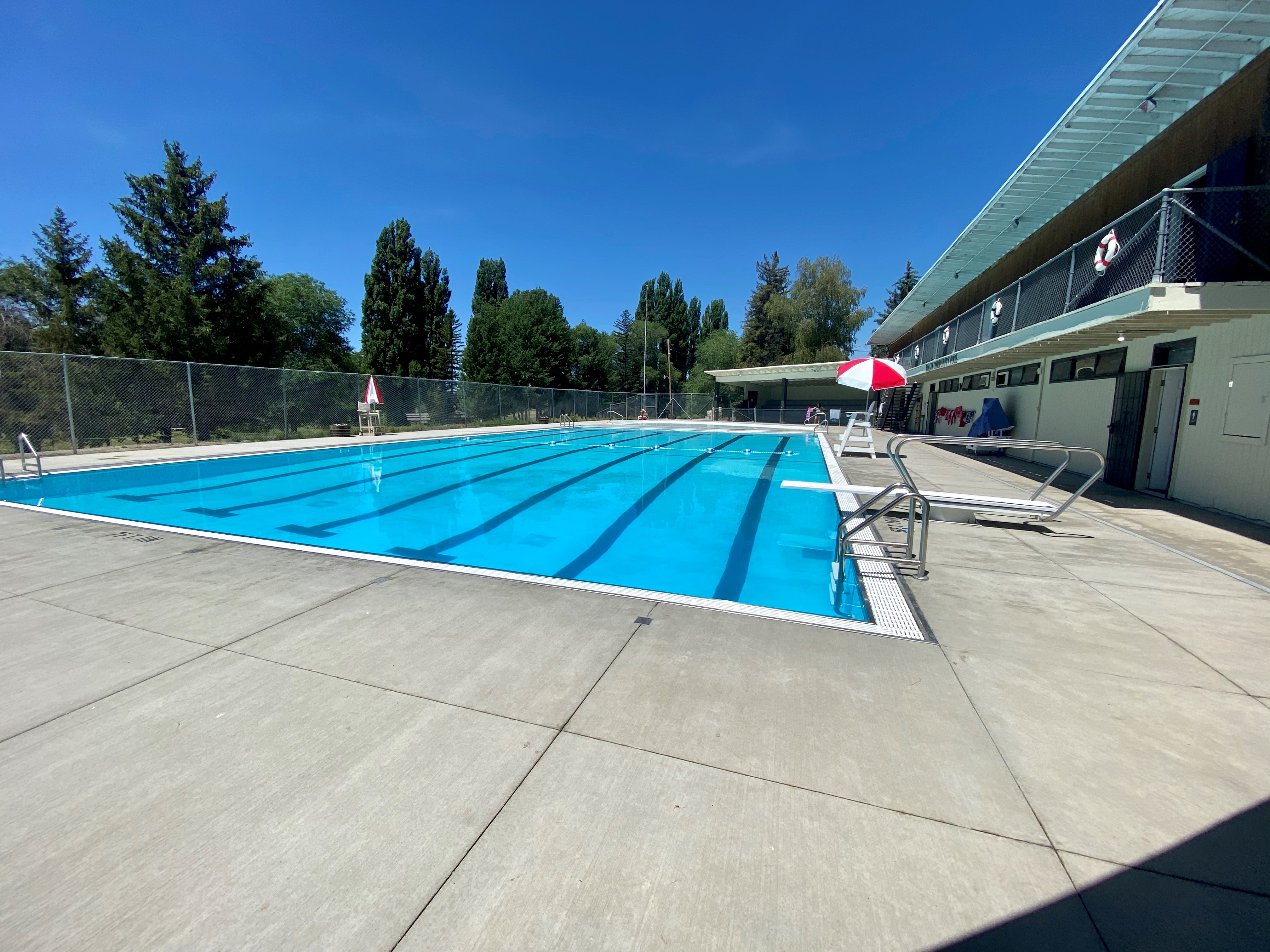 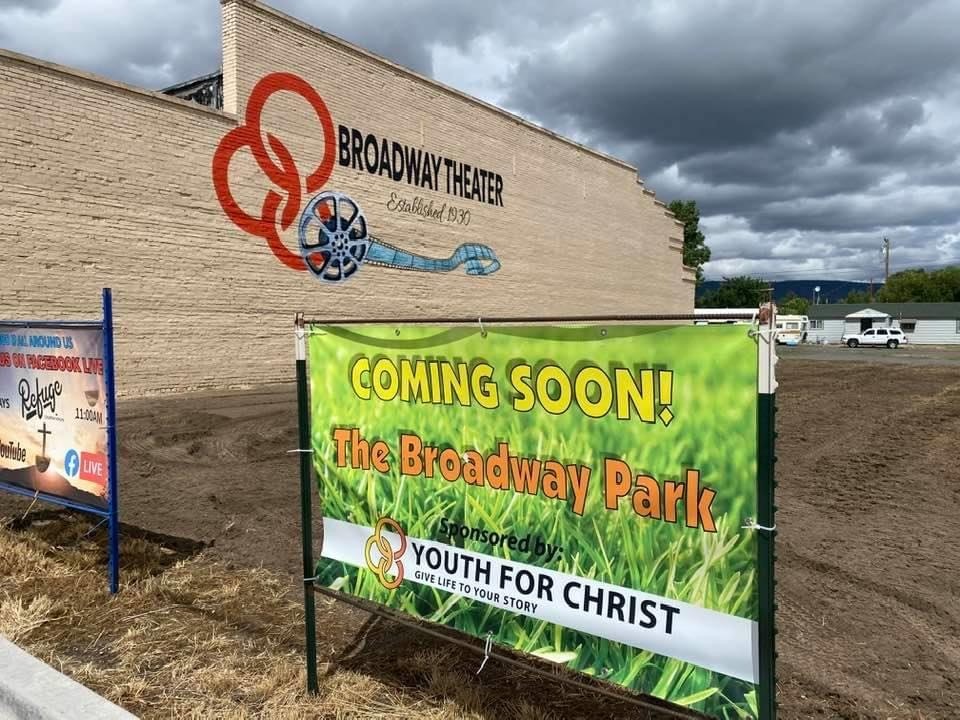 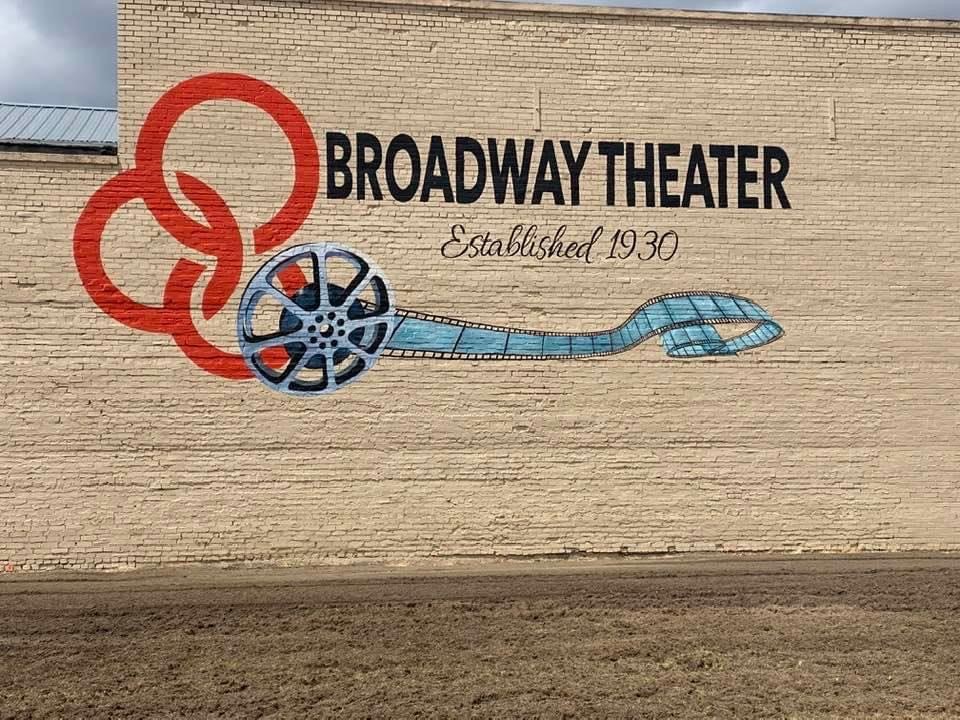 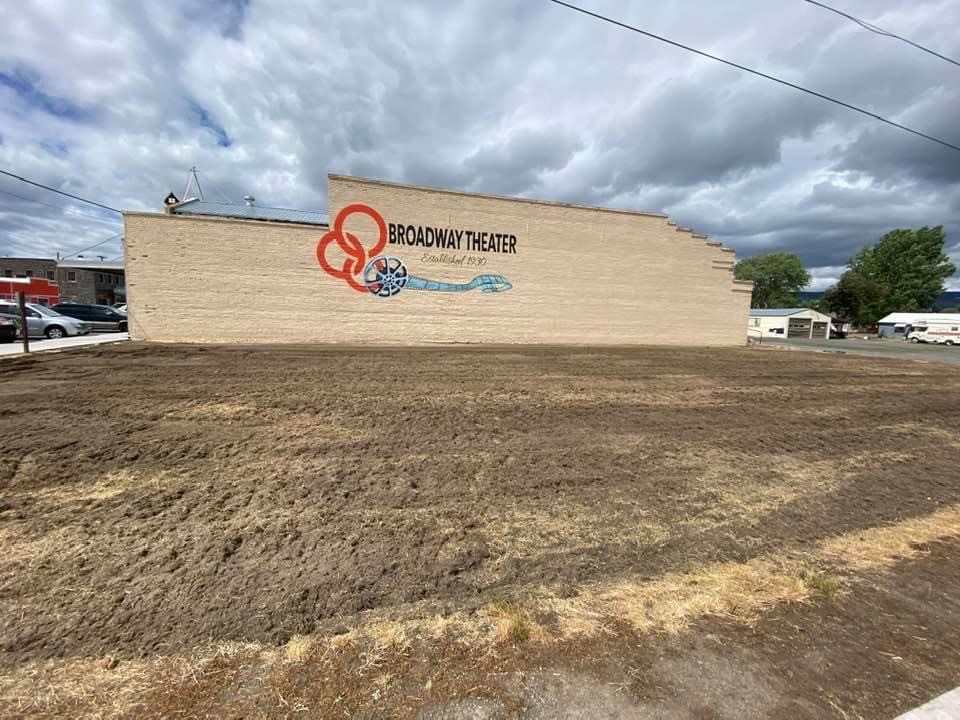 Join us for our 4th Annual Malin Family Heritage Dinner and Movie.

Where: Way Station and Broadway Theater in Malin, Oregon.

Children under 4 yrs old get in free.

The City of Malin, along with Malin Park, will be celebrating their 110th year of the City and 75th year of the park on July 3-7, 2019.  Historically, this event has drawn thousands of people from Oregon, California, Washington and Idaho; and this year should prove to be no exception.

July 5th begins with Historical and Agricultural Tours, a matinee at the Broadway Theater, museum hours from 4-8pm, and Downtown Cruise Night and Street Dance/Concert in the Park with the Kurt Van Meter Band from 6-10pm.

A collaborative effort between the City of Malin, Malin Park, Rural Klamath Connects and Discover Klamath for marketing is underway.  Details regarding this event can be found by calling 541-723-2021, or by visiting the City of Malin website at www.cityofmalin.org.
— 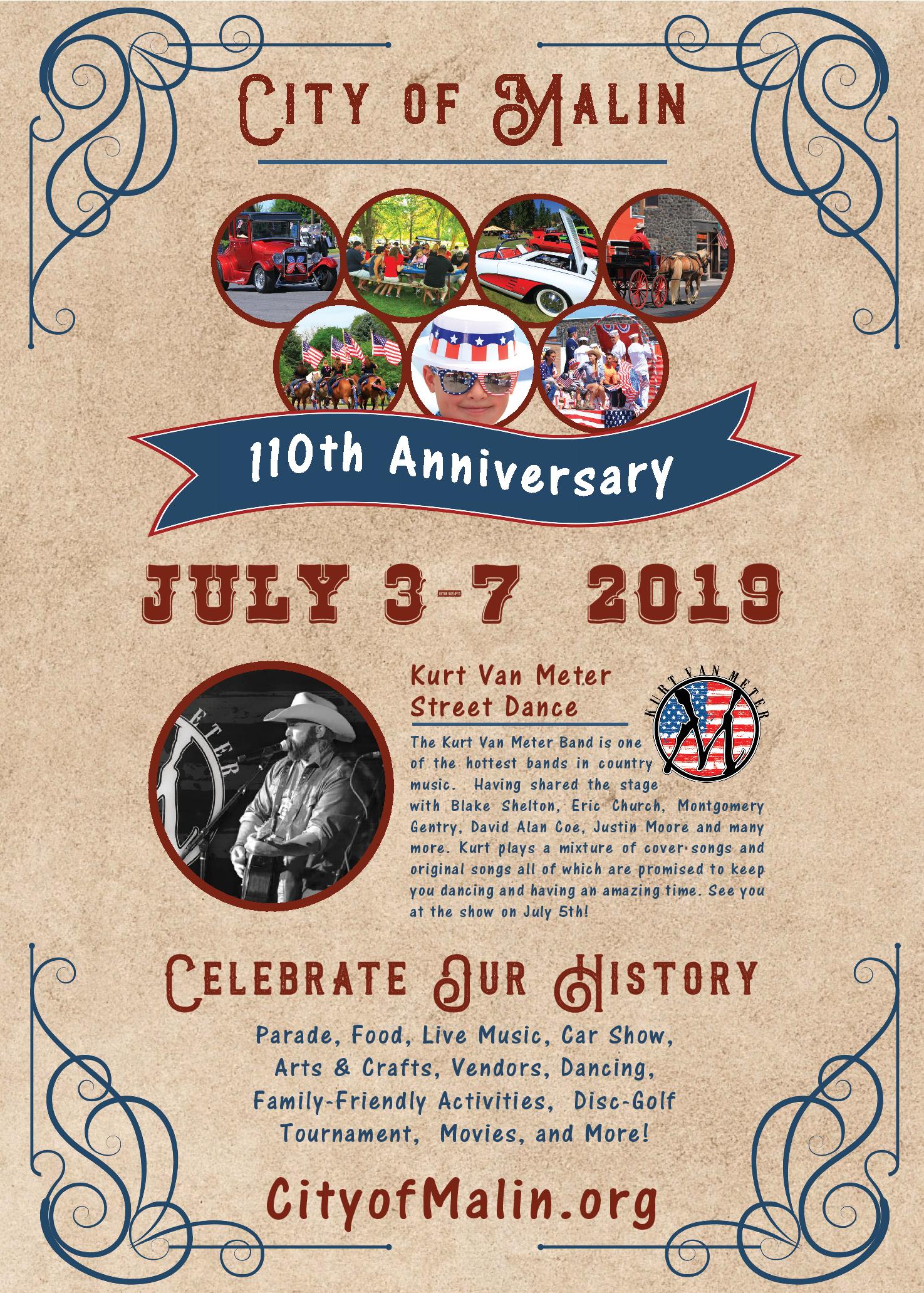 The Malin Community Service Club is sponsoring their 2nd Annual Malin Family Heritage Dinner & Movie event on Sunday, January 28th.  Dinner will begin at 1:00 pm at the Way Station in downtown Malin.  Join us for good food and great company.  Dinner menu will showcase our local resident’s heritage.  We will also present our annual Volunteer of the Year Award.  Dinner tickets are $10 for Adults, $5 for children 12 & under, and $25 per family.  Children under 4 yrs of age are free.  Dinner tickets are available at Malin Country Diner, Kalina Hardware, Corner Closet, and Malin City Hall.  Limited tickets will be available at the door.  Stay after dinner for a showing of War Horse at 2:30 pm at the Malin Broadway Theater.  Donations will be accepted for the movie.  Please see flyer for more details.

A great time to spend a weekend in the country and enjoy handcrafted items and homemade foods.  The communities of Merrill and Malin will host their Annual Craft Bazaars on Friday, November 17 and Saturday, November 18.

Includes kids craft corner and Santa Claus will there Friday and Saturday at 1:00 p.m.

The City of Malin and the Malin Merchants are sponsoring a Halloween Parade in downtown Malin on Tuesday, October 31st at 3:30 pm.  Be sure to invite all your little ghosts and goblins for this fun Halloween event downtown.  For more information, please contact Malin City Hall at 541-723-2021.

Travel Oregon, in partnership with Rural Klamath Connects Network and a local bi-state steering committee, will host a series of workshops during Fall and Winter 2017 in the Klamath Basin region, including the communities of Klamath Falls, Bonanza, Chiloquin, Malin, Merrill, Dorris, Tulelake and the greater basin communities.  This professional development program, designed to bolster your community’s tourism economy, offers hands-on planning and product development workshops rich in information and networking opportunities.  Community leaders, public agencies, industry associations, tourism entrepreneurs, tour operators, lodging property owners, restaurateurs and anyone with an interest in strengthening the local economy through tourism are invited to participate in the program.  Please check out industry.traveloregon.com/klamathbasin for registration information and additional details.  For questions, contact Katie Jameson at the South Central Oregon Economic Development District at [email protected]